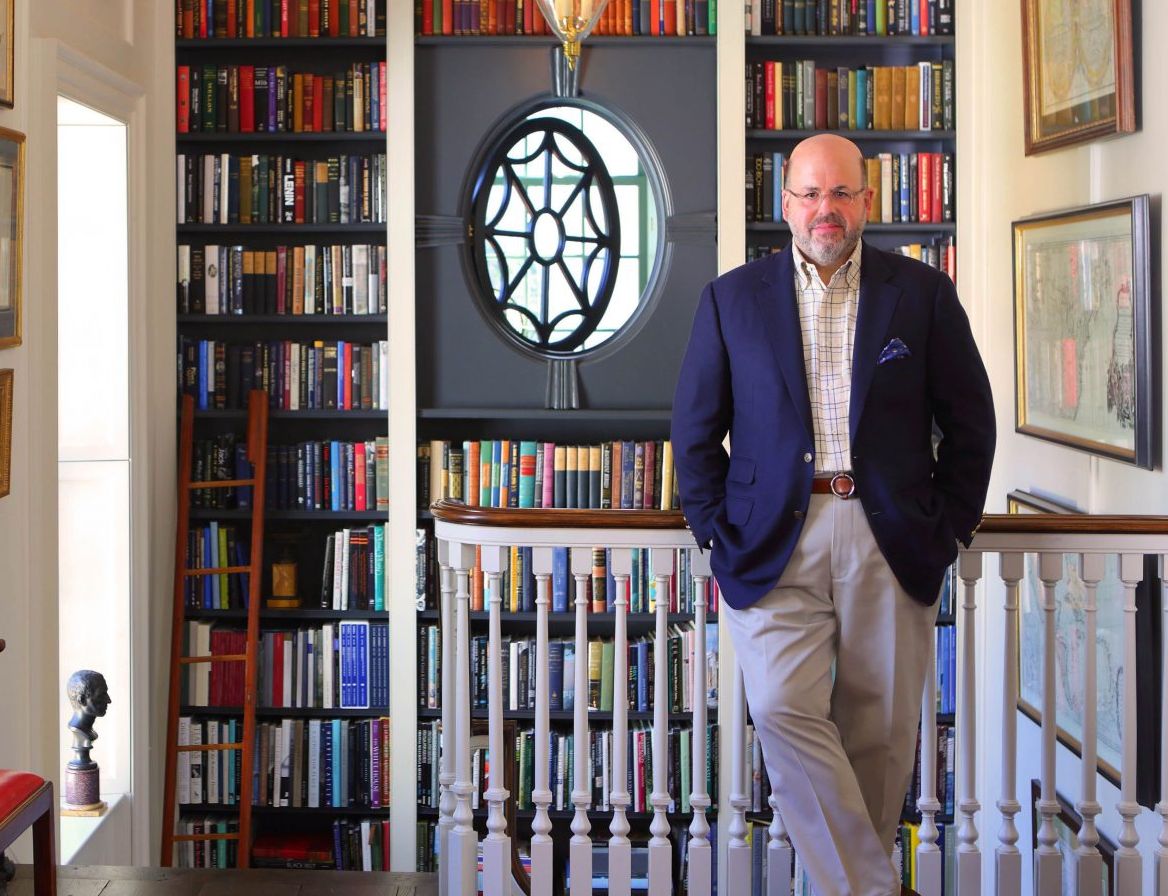 Known for his unique approach to beautiful, confident, and visionary residential architecture, James Carter epitomizes the grace and generosity that comes, in part, from living in the American south. The work of his firm, James F. Carter, Architect, is nationally recognized, admired by his peers as “clever in a subtle way,” and beloved by his clients throughout the southern, mid-Atlantic, and New England regions.

Originally from Monroeville, Alabama, James excels in sophisticated ease and his designs exude decorum and comfort. He says, “For me, family history is important and I think most people want a sense of continuity and a place with which to identify. I enjoy creating the setting for people’s lives. People often have latched onto a memory that has never left them in terms of how they want to live. It is a very personal thing. I love creating around their dream world version to make something that works in real life.”

The term “new old house” is frequently applied to James’ work and nothing delights him more when people can’t tell what is new and what’s old. “Houses that are old connote tradition, charm, and history, but what’s fun for me is to create new homes that are imbued with everything that is loved about old houses. The basic concepts we adhere to are truly straightforward: classical principles, easy grace, and details, details, details.” 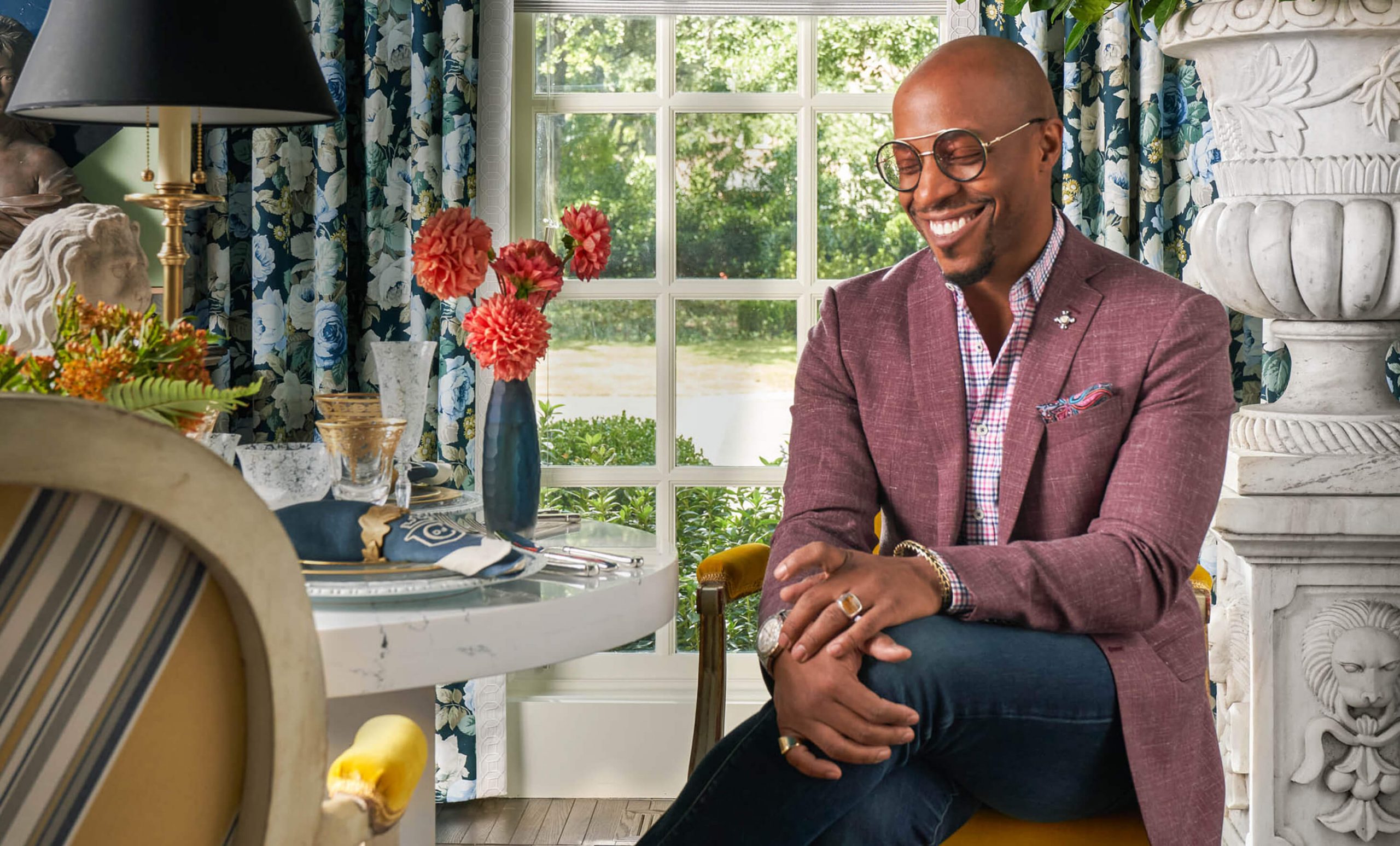 Corey Damen Jenkins & Associates is an interior design firm based in New York City. The company was founded by its principal and nationally acclaimed designer Corey Damen Jenkins, who is celebrated for his mixing of vivid colors with layered patterns to create inspired, inventive, and unexpected spaces. Taking cues from the haute couture runway, Corey’s brand of interior design and decoration features luxurious and fashion-forward materials. “My goal is to ensure that my clients’ projects are always classic, livable and without an expiration date,” Corey states. The firm’s design team has developed high-end residential and commercial projects for clients hailing from throughout the United States and abroad.

Corey is an inducted member of Architectural Digest’s AD100 and ELLE Decor’s prestigious A-List. His bold interiors have graced the front covers of House Beautiful and Traditional Home and received extensive features in many publications including House & Garden, Vanity Fair, The New York Times, The Wall Street Journal, and The Detroit News. His first coffee table book, Design Remix: A New Spin on Traditional Rooms (Rizzoli), was released worldwide in March 2021 and has entered its fourth reprint.

Corey’s televised and streaming broadcast appearances include winning HGTV’s competition series Showhouse Showdown and appearing as a guest design expert on The Rachael Ray Show and Open House TV. In August 2021, Corey made his debut as a MasterClass Instructor, with a highly acclaimed 12-part course on interior design.

As a resident of New York City, Corey Damen Jenkins is a tireless advocate for many charities, most notably the Kips Bay Boys & Girls Club. Through his firm, he has also funded a scholarship and mentorship program with the New York School of Interior Design 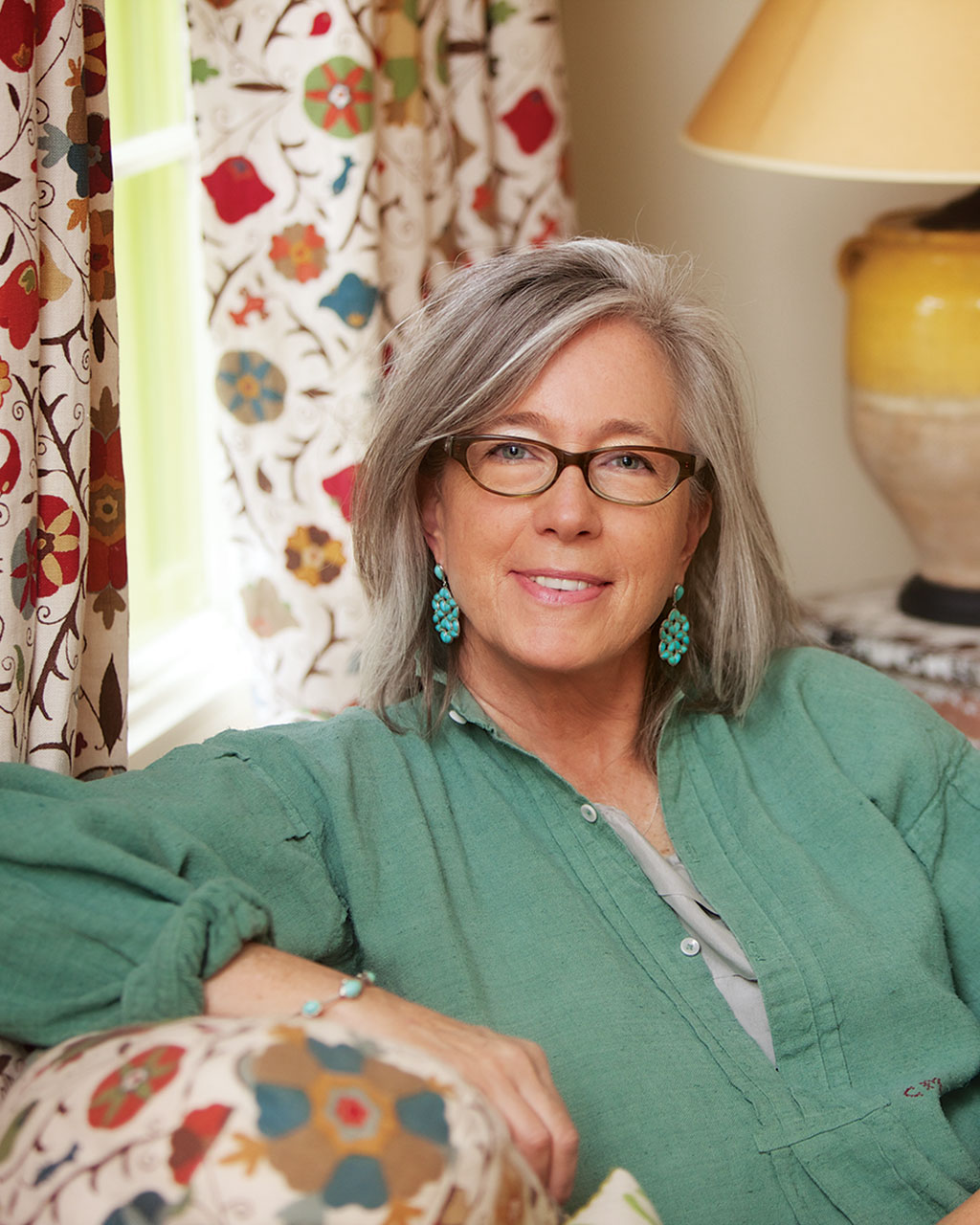 Margot Shaw, the editor in chief of Flower Magazine has loved flowers since she could “pick a pocketful of posies” but didn’t realize her true passion for them until just a few years ago.

A self-named “flower girl,” Margot attributes her knowledge and appreciation of floral design to her former boss and mentor Sybil Sylvester, an esteemed florist in Birmingham, Alabama who has taught Margot the (garden) tools of the trade for the past four years. While working for Sybil in her downtown shop, Margot quickly learned to cultivate her aesthetic of floral design and nurture her appreciation for their healing properties.

However, after four years of working in the industry, she couldn’t find a magazine on news stands for fresh flower enthusiasts.  After further investigation with friends and colleagues, Margot realized the strong demand for a quarterly publication that would educate and inspire flower enthusiasts while showcasing the many talented floral professionals within this thriving, diverse industry.

Margot’s vision for Flower is to provide a publication that will delight and enrich the lives of readers through the knowledge and beauty of fresh flowers — and, to expose as many people as possible to the joys of flowering by providing a source of inspiration and education for all “flower people.

Both a patron and participant in the arts, Margot studied Art History and Sociology at Hollins College in Virginia, Interior Design at the University of Texas and has an ongoing interest in photography. Flower is her first foray into magazine publishing.

Margot is a native of Birmingham, Alabama who resides in her hometown with husband Gates.  She has three daughters, Hansell, Westcott and Elizabeth, two cats, Minuit and Jacques, and two dogs, Lancelot and Luce.

2021 Dialogues on Modernism and Maximalism

In the spring of 2021, Design NC embraced the conveniences of modern-day technology and conducted its program virtually! The audience and presenters gathered in an online forum to share enthusiasm about a beautiful range of design styles. Thom Filicia entertained us from his New York apartment as he shared his projects, philosophies and product development. Modernist architect Robert Gurney signed on afterward to offer us a fascinating perspective on his new constructions and historic renovations in the DC area. On Day two, master plaster craftsman Foster Reeve ushered us into the world of maximalism as he discussed opulent interior flourishes such as custom ceiling medallions, curved crown moldings and historical restorations. Last but not least, Celerie Kemble took us on a virtual tropical vacation to her Dominican passion project, Playa Grande, while offering us the inside scoop on her new book, Island Whimsy. While an in-person gathering was not permitted due to the Covid-19 pandemic, we greatly appreciated everyone's participation and enjoyed learning from these wonderful designers and craftsmen.

2019 The Language of Design: Inside and Out

Design NC’s inaugural fundraising event for CAM, The Language of Design: Inside and Out, took place in May of 2019. Celebrated New York interior designer Alexa Hampton presented her keynote address followed by Greensboro-based landscape architect Chip Callaway. Honorary Chair and renowned interior designer Marshall Watson led a panel discussion about designing a seamless flow from the indoors to exteriors. Attendees gained a bountiful amount of inspiration and enjoyed many laughs. We look forward to when we can gather in person again at CAM and thank everyone for their support along the way.